Your cart is currently empty.

How a Life Lesson Gave This Firm New Life

When Alex Barnes was still in high school, his father—president and owner of Central Florida Cabinet Supply (CFCS)—threw down a challenge. Together, Eric Barnes proposed, they would build and run a web 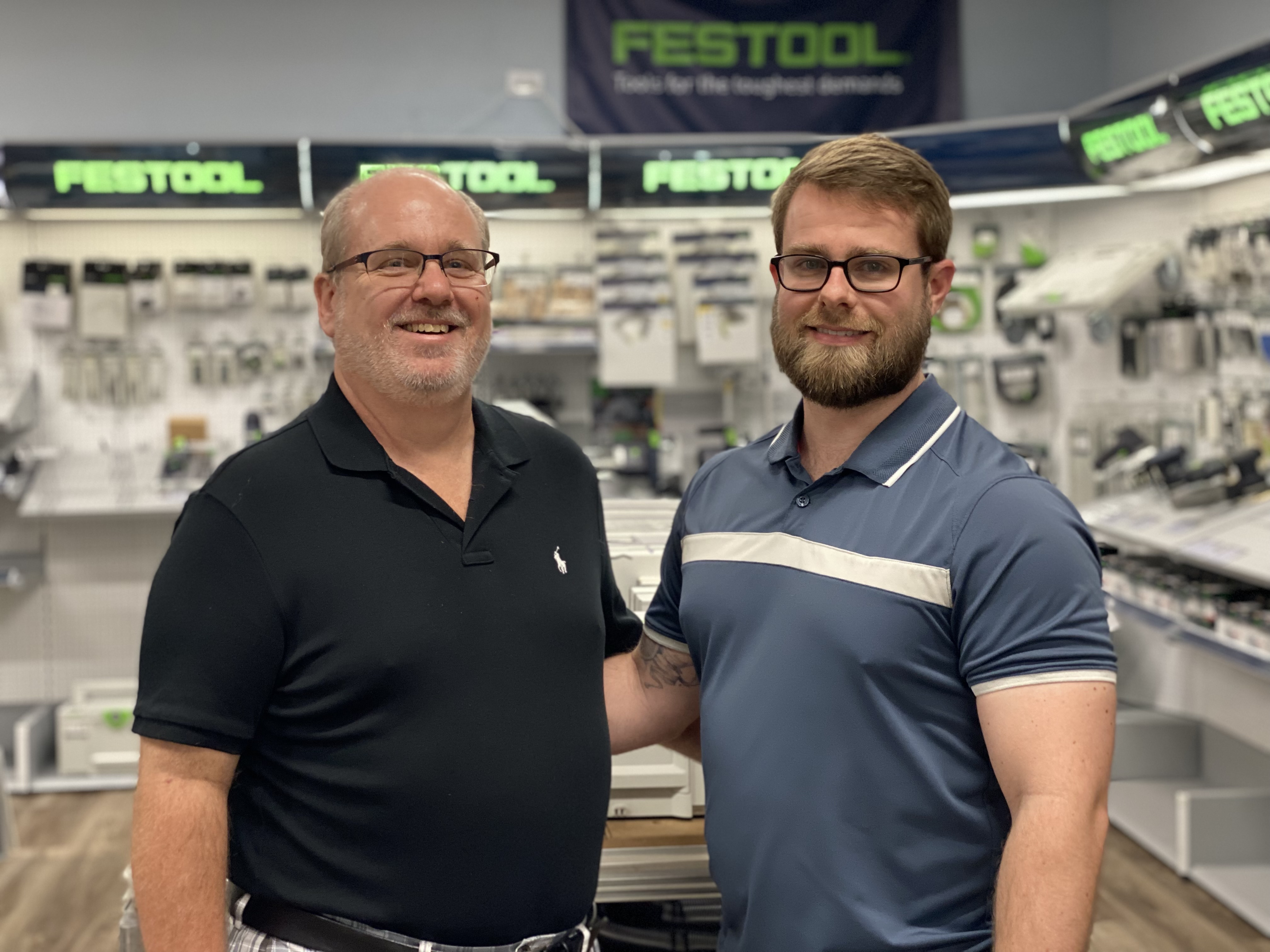 store. Alex had grown up watching his dad at work, but Eric could see that his son—and heir apparent—was missing the big picture. What the teenager imagined he knew was actually just a fraction of what he needed to know; so Eric offered him a taste of the real world. Alex was game, and Pro Cabinet Supply Inc. (Pro Cab) was born.

One of the first things Eric did was bottom-line the possible outcomes. “If you take care of the content, if you manage the products, you’re going to make money,” he told his only child. “If you don’t put in the time, you’re not going to earn anything.” The next step was to pull the senior out of class to attend an NBMDA conference. Eric, who joined the organization when he started CFCS in 2003, knew the event would be an eye-opener. “Alex began to see at that point the value of relationships, which is what our whole business has been built on from day one,” he recalls.

His grasp of the distribution business only tightened as he continued his hands-on learning and as the web store—still basically just a hobby at this point—raked in enough profit to keep the young man in computers and pocket money for years. After he graduated from college and spent some time in the software industry, however, Eric needed answers from Alex about the future: Would they be working side by side in the cabinetry supply industry, or would his son strike out on a different path?

The answer was (A), as Alex accepted a pay cut and relocated back home to Apopka from South Florida. Now fully immersed in the business after years of part-time work, Alex collaborated with Eric to give their pet project—Pro Cab—fresh focus and attention. The site had been officially incorporated in 2011 and had always operated alongside—but independently from—its sister firm, CFCS. “They bought from each other, they sold to each other,” Eric explains, “but they were each their own profit center and completely separate.”

After years of exponential growth, it became clear that the web store was thriving not on pricing strategies, but rather on customer service. Eric and Alex attributed the success to the ability to extend their relationships selling in the store to the online clientele, which helped them to establish more of a national footprint. “Customers across the country don’t want to buy from Central Florida Cabinet Supply,” Eric surmises, “but they do want to buy from Pro Cabinet Supply—although they’re selling exactly the same thing.” Merging the two business lines more than made sense, father and son agreed, and late last year they started to quietly transition to the Pro Cab moniker.

True to the company’s low-key culture, Eric and Alex avoided hoopla around the changeover. They still haven’t replaced the sign on the front of their brick-and-mortar location. What they did do was send out email blasts to let customers know that CFCS is now Pro Cab, but also to reassure them that nothing has changed but the name.

In reality, though, there has been some change—but Eric says it’s only positive, for the distributor and for the customers as well. Although he intended Pro Cab only as a life lesson for his then-teenage son, it’s become much more.

“The combined businesses are allowing us to grow—in product line, in personnel, and in service,” notes Eric, who believes the merger has also added another layer of value to the company’s relationships with vendors.  He credits Alex for recognizing the potential of the web store and seeing it through. “He had the foresight to see that website much more than I ever did,” Eric acknowledges.

Despite his confidence in the venture from the very start, Alex is nonetheless constantly impressed by the performance of the merged cabinet company. “The beauty of an online-only business and a brick and mortar-only business coming together is they really are both so synergistic with each other,” he says. “You get growth locally because of the online presence, and the online business grows because of the local presence.”

The company has grown, and Eric and Alex have grown along with it. As co-business leaders, they’ve created a professional dynamic based on their mutual passion for the work, their love and respect for each other, and their trust in the other’s ability to do his respective job. They are excited for what is coming next, including implementation of a software solution that Eric is sure will advance Pro Cab to exactly where he and Alex, his Vice President, want it.

The future beckons, but the Barnes are adamant that some things will never change. The company was built on service, Eric says with pride. That meant—and still means—catering to “difficult” customers, who require a high touch, even if they don’t realize they do. It also means not bickering over price or aspiring to run with the big dogs.

That sentiment is shared by 29-year-old Alex, who recites the company’s current tagline: Cabinetry. Simplicity. Innovation.

In an example that captures exactly how Pro Cab views the art of service, Eric and Alex allude to an address delivered at an NBMDA event before the pandemic. The speaker described a scenario of a top sales person approaching a manager on behalf of a longstanding client whose circumstances had shifted. The customer needed a better price, and the manager was willing to accommodate that—but with the caveat that the sales associate wouldn’t be available for assistance after the transaction. When the manager explained that the service from the sales person was factored into the higher cost, the buyer agreed that the associate was indeed a valuable asset and that the price was justifiable.

“That’s how we intrinsically do business here,” Alex says. “We might sell a $3 hinge. You can buy it for $2.50 down the street, but I’m going to help you with that $3 hinge. You see it here day in and day out: people walking in knowing it’s a small order and being so appreciative that you’re still going to take time with them.”

After the NBMDA event, Eric and Alex returned to Florida and assembled staff for a pep talk. “All you have to do is ask yourself, ‘Am I worth that extra money the customer is paying to buy here rather than somewhere else?” Eric told them. “And if the answer is yes, you no longer have to hang your head low when you give them a price. You no longer have to give an excuse, about being a small guy in a forest of big guys. You don’t have to do any of that, because you know that we’re providing service and that you’re worth it.”

MESSAGE TO THE AUTHOR

"Both Eric and I are very honored that Denise put this piece together detailing our story for our industry to read. She did a fantastic job in creating a cohesive path for the reader to learn all about us while enjoying each word."

Choose your wishlist to be added

We will notify you on events like Low stock, Restock, Price drop or general reminder so that you don’t miss the deal

Are you sure you want to delete the wishlist?